50 Nights at the Oscars: History's Most Iconic Hairstyles - nicehair.org Skip to content

The Academy Awards, also known as the Oscars, is one of the most prestigious events of the year, bringing together the most talented people that work in the film industry. Besides recognizing talent, the event is a showcase of the best outfits and the most incredible hairstyles, setting the tone in high fashion for the rest of the year.
Let’s examine a selection of the Academy Award’s most iconic hairstyles:

Put this graphic on your blog:
Feel free to share the Oscar’s love by pasting this time line of the Oscars’ most iconic hairstyles into your blog:

Throughout the years, the event has been witness to the most beautiful hairstyles and spectacular gowns; here are some of the most iconic and trend setting hairstyles throughout the decades. 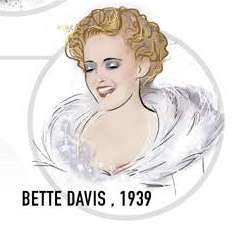 The pinned back hairstyle and the wavy medium length hair are iconic for the ’30s. Bette Davis wore both styles during her Academy Awards appearances in 1936 and 1939. Another trendsetter was Mary Pickford whose perfectly pinned back hairstyle matching her Parisian gown was a hot subject for months after. Helen Hayes is also worth mentioning as a popular wearer of the iconic ’30s pinned back curly hairstyle. 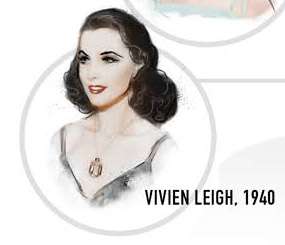 Starting with Vivien Leigh and Joan Fontaine, the hairstyles became more and more natural looking and feminine during the Academy Awards. Right after the war, the feminine trend in hairstyles and fashion became much more popular with its peak in the late 1950s. During the war there was a huge campaign for shorter hairstyles that would allow women to work comfortable with heavy machinery. Rolls were another iconic look of the 40s and they were situated at the back, on top of the head, on the sides or even coming from the forehead. 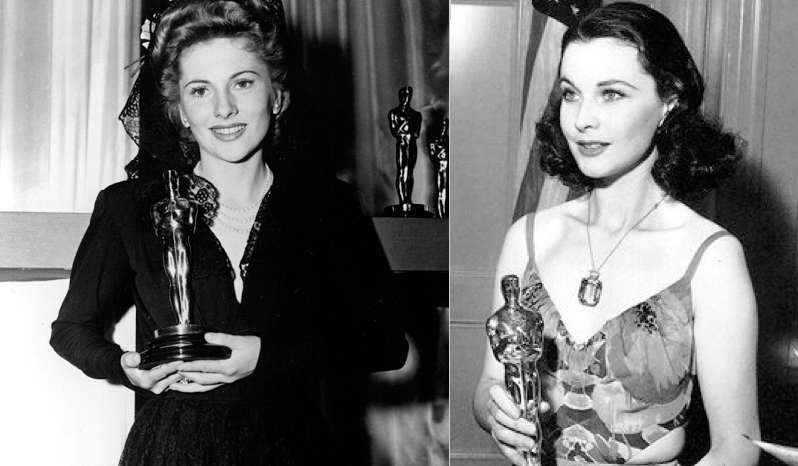 Vivien Leigh and Joanne Fontaine, both wearing the rolls but with different placement

The first televised ceremony in 1954 brought us the iconic coiffed bobs that fitted Audrey Hepburn’s beautiful face perfectly. In the same ceremony, Elizabeth Taylor also showcases a beautiful short but highly elegant hairstyle that is also iconic for the 50s.
Women started to take more risks when it came to styling their hair, but also in terms of fashion, wearing more revealing feminine clothes and sexier makeup. We can definitely see a lot of hairstyles that feature various accessories as well as updos and pompadours. 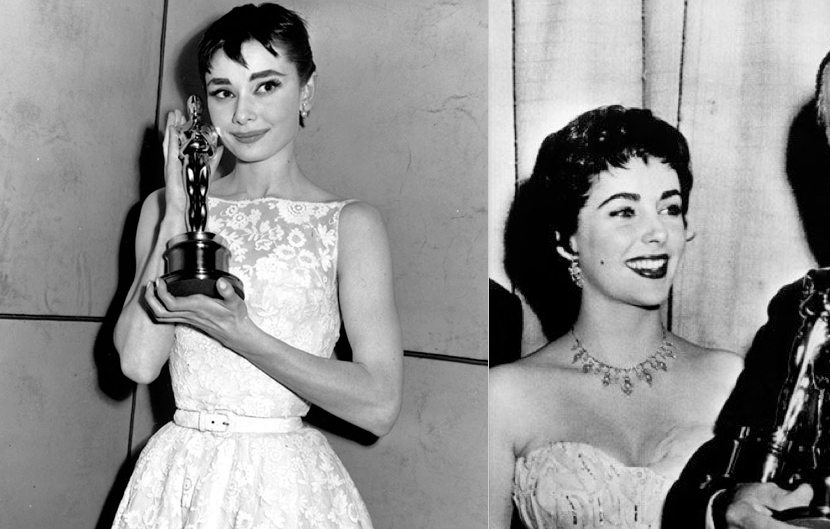 Audrey Hepburn and Elizabeth Taylor’s iconic short hair
With another iconic princess-like updo embellished with yellow roses, Grace Kelly looks stunning accepting her Oscar in 1955. This simple updo was also adopted by Joanne Woodward in 1958 and is considered a classic approach to an elegant look. 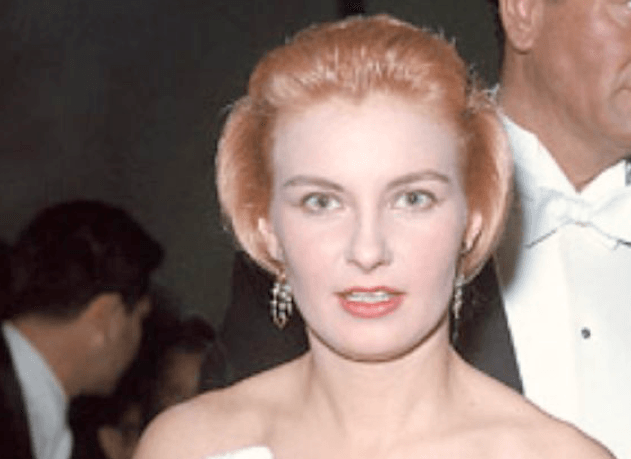 Get your instructions here 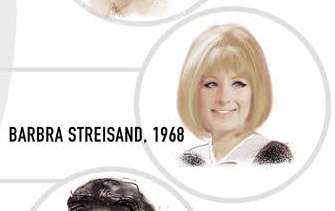 Made popular by Jackie Kennedy, the Bouffant is an iconic 60s hairstyle along with the bob cut and the beehive. The bouffant bob cut was beautifully showcased by Sophia Loren and Barbara Streisand. This particular style was so popular due to the fact that it was easy to achieve at home without the help of a hairdresser. We can also admire Elizabeth Taylor wearing a beehive style hairdo. 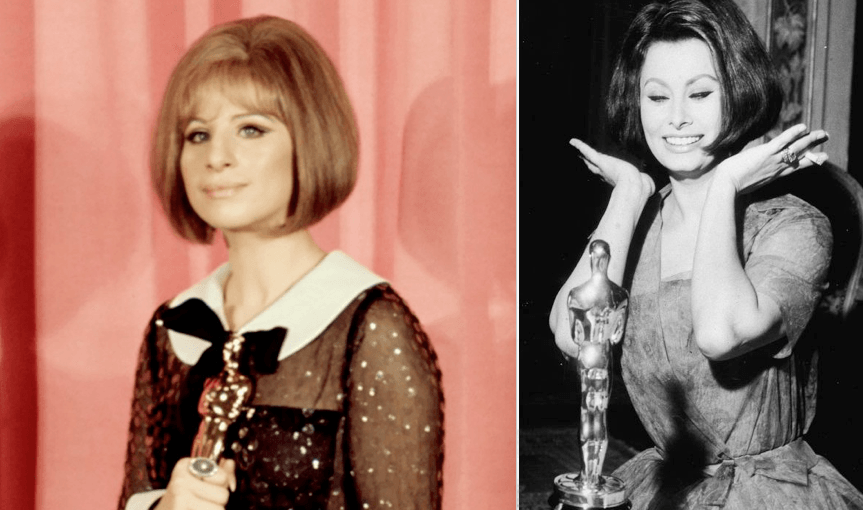 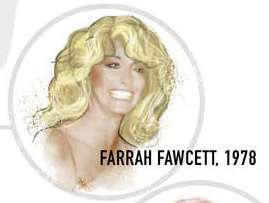 The ’70s was a decade of experimentation, much like the late ’60s as women were trying to express themselves through their hairdos. We cannot miss Liza Minnelli’s twiggy style hairdo and Mia Farrow’s pixie cut, both famous during the ’70s. On the other hand, we have another iconic style, the beautiful wavy hair made popular by celebrities like Farrah Fawcett, Jane Fonda or Faye Dunaway. These were the bombshells of that time and with their long feminine feather cut and shiny hair, they were a great influence on fashion during the 70s.

Farrah Fawcett and Jane Fonda wearing the iconic ’70s feathered cut hair
Another extremely popular style, also worn by most young women in the 70s, was long straight hair seen showcased here by Meryl Streep. The Afro style was also extremely popular by the late 70s for both white and Afro-American women who stopped straightening their hair from the late 60s as a social movement that showcased their heritage and natural beauty. When she presented the academy awards in 1974 Diana Ross opted for the Afro look; so did Barbara Streisand at the ceremony in 1977. 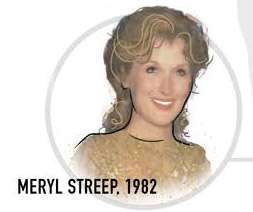 The popular hairstyles in the 80s had a lot to do with permanent curls and various experimental styles, due to punk and goth trends becoming more mainstream. Permanent curls were definitely the go-to hairstyle for women, even celebrities. We can see Jessica Lange and Meryl Streep here wearing this particular style with their medium short hair. There was also the big, curly hair as seen worn by celebrities like Jane Seymour or Sarrah Jessica Parker in photos bellow.

Sarrah Jessica Parker on the left and Jane Seymour on the right wearing big curly hair. And check out a cheeky young Robert Downey Jr sitting next to SJP, looking like a school boy! 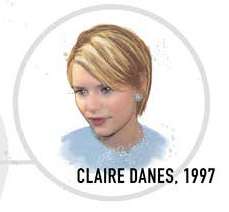 The most popular ’90s hairstyles at the Oscars were probably the pixie cut and bob cut along with feathered bangs and hair parted and layered upwards. Actresses like Claire Danes or Alfre Woodard were seen to wear fabulous short hair while Wynona Ryder was the one who set the trend for the super stylish boyish look.

On the other hand we had the long hair that was more natural looking. It was either parted and set upwards like in the second picture of Holly Hunter or accompanied by stylish feathered bangs that look amazing on Jane Seymour in the first picture. 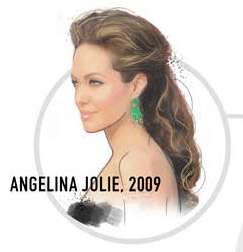 The 2000s included new hairstyles as well as some reinterpretations of the classics. The red carpet hairstyles showed a lot of experimentation and a need to stand out. Sarah Jessica Parker wore an incredible half up hairdo at the Oscars in 2010 that ultimately made her one of the most memorable faces. When Angelina Jolie wore her half up, half down hairdo at the Oscars in 2009 everybody agreed that she looked absolutely stunning and that look has been replicated by women all over the world. 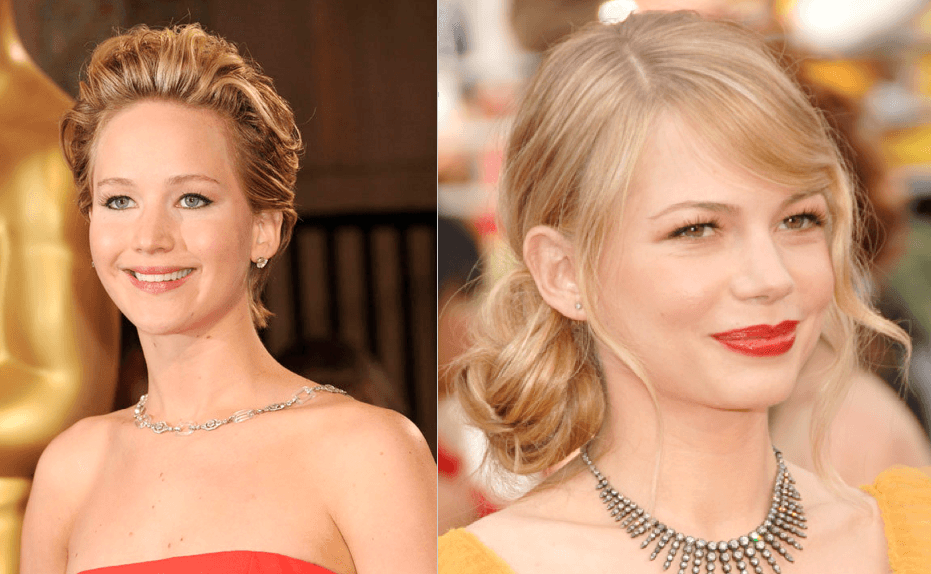 Jennifer Lawrence wore a classic updo, which reminds of Grace Kelly’s updos, at the Oscars in 2014. She paired her lovely hair with simple makeup and an astonishing Dior dress. Michelle Williams wore a pre-pixie crop in 2006 with a supersized bun and a classy makeup.

In 2007, Nicole Kidman showcased her stunning figure with a long red dress matched with long sleek and straight hair, parted on the side.

Are these the most memorable hairstyles in Oscars history?

Over the years, women all over the world were able to see fashion changing before their eyes at the Oscars. Along with iconic hairstyles the Oscars were also witness to the most unusual and striking styles of their times.

1 – Cher took things to the next level in 1986 and stole the show as a presenter of the Oscars. Her feathered hair accessory could only be matched by her Bob Mackie outfit created with cashmere and beads. 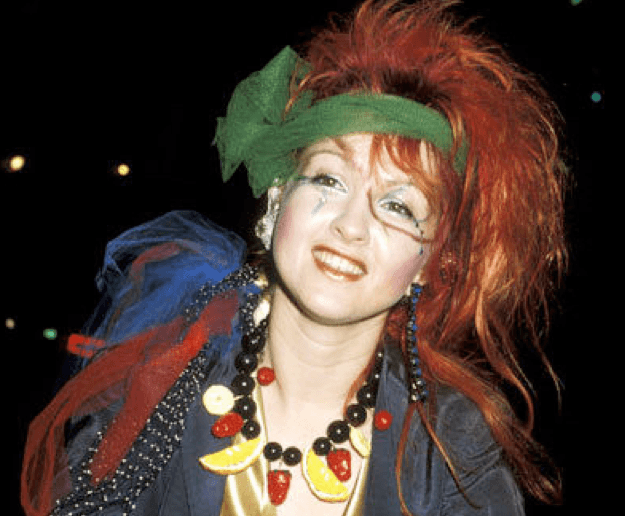 2. A somewhat radical hairstyle from the 80s, worn by Cyndi Lauper in 1984 was iconic for the time. Through the years, the singer has shown a great variety of weird looks with either ultra-bleached hair or multi-coloured strands. Here she is wearing big red hair with a lovely silk scarf as a headband. 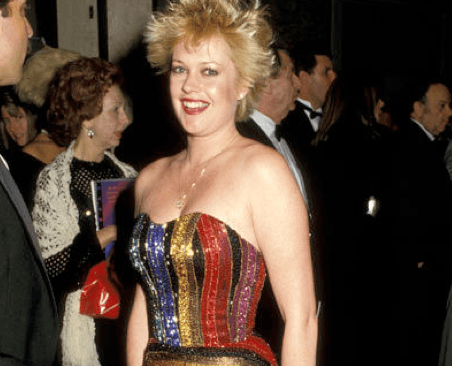 3. Melanie Griffith appeared at the Oscars in 1987 with spiky short hair, shocking everyone with her boldness. Inspired by punk subculture the actress combined an elegant gown with bleached spiky hair along with a big smile, it’s definitely a look that you either love or hate. 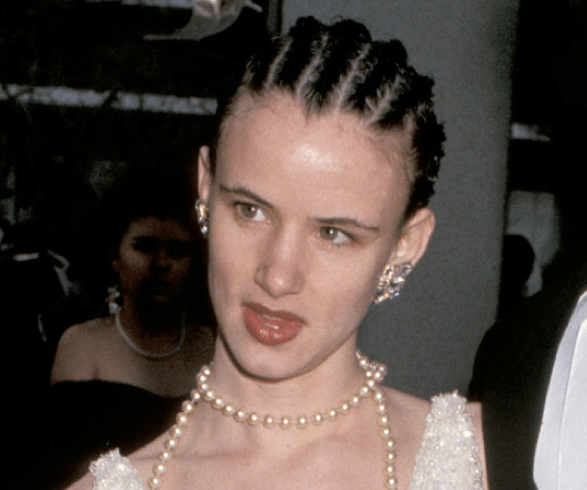 4. Juliette Lewis was the talk of the town after arriving at the Oscars with cornrows as a fashion statement. She paired her unusual hair with a beautiful and elegant white dress. The juxtaposition in styles made a striking look. 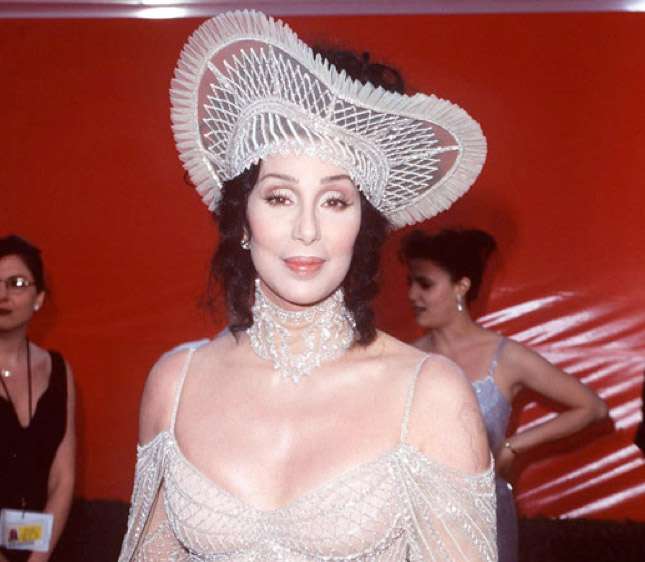 5. In 1998, Cher made another interesting appearance at the Oscars. Apparently she loves to adorn her hair with big accessories and this time she chose a Victorian look paired up with a beautiful lace dress. 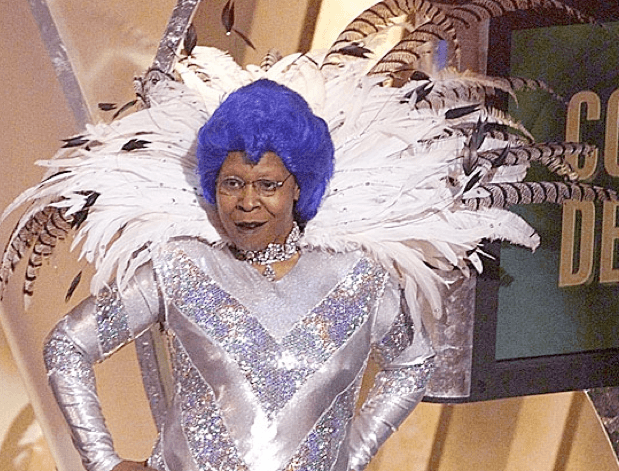 6. Whoopie Goldberg definitely made an impression when she hosted the Academy Awards in 1999 wearing what looked like a space suit with feathers and bright navy blue short hair. If that’s not a fashion statement, nothing is.

7. Zendaya Giuliana chose to wear dreadlocks during the Oscars in 2015 and she definitely made them look stunning and quite elegant, parted on the side and half-up, in a very feminine look. Beautiful. 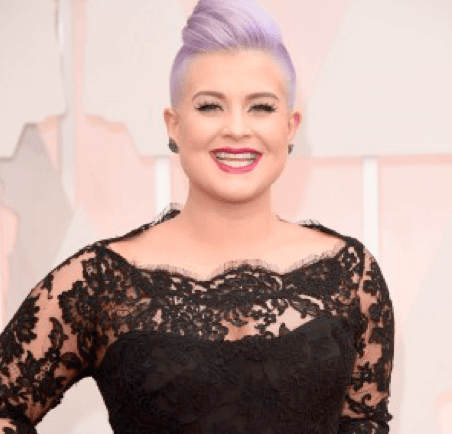 8. Kelly Osbourne has always been a star that tries new and radical looks, but she managed to impress at the Oscars in 2015 with a beautiful lavender hair that was pinned up. 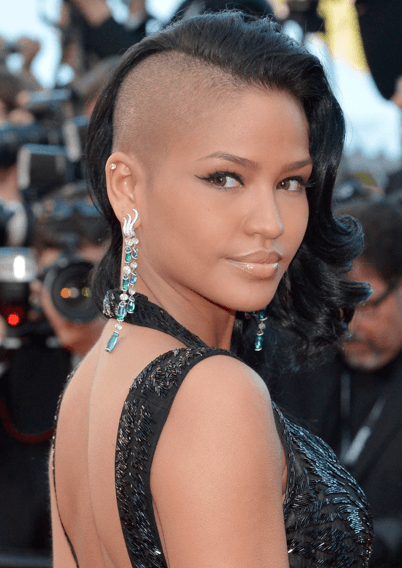 9. Cassie Ventura was the topic of many conversations during the 2015 Oscars where she showcased a striking shaved undercut along with her natural long wavy hair.

10. We can’t not include Lady Gaga in this list and it’s quite hard to choose which one of her memorable looks to go for! Everybody remembers when she wore a piece of meat over her head at the VMAs, but her Oscars look was also remarkable. She wore a knotted ponytail wrapped with red flowers. Her straight, sleek, bleached hair looked amazing paired up with her white gown.

What do remember, looking back?

Let us know in the comments.

How to flood your scalp with powerful hair growth nutrients

The breakthrough Scalp Regeneration Method: see how it works

Enter your email address to get the secret to rapid hair growth.

It’s been a phenomenal feeling to start seeing my hair growing back after years of watching it get thinner.

See how it works

Enter your email address to get the secret to rapid hair growth.