L-carnitine is a naturally-occurring derivative amino acid that is ubiquitously found in all animal species, including humans.

This substance is often associated with a more efficient fat metabolism in the liver. It is produced via the metabolism of the amino acids, lysine and methionine. However, its production is highly dependent on the amount of vitamin C you consume.

Scientists have also been studying topical carnitine for its ability to promote hair growth by the upregulation of cellular proliferation and the downregulation of apoptosis (programmed cellular death). 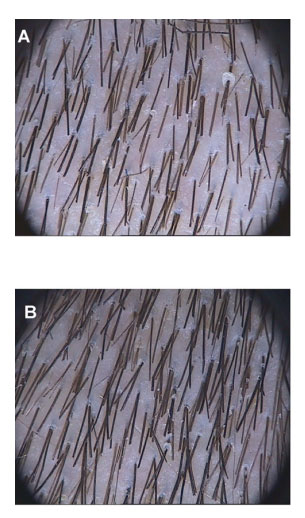 In a 2007 study published by the Journal of Dermatological Science, researchers performed a small, double-blind, randomized, placebo-controlled observational study of topical Carnitine Tartrate (CT) administration over 6 months twice a day.

60 healthy participants were part of this study with clinically diagnosed androgenetic alopecia (AA). The participants were then divided into two groups; the first group received a 2% solution of CT and the second group took a placebo.

At the end of the study, participants reported significant hair growth, which was measured by the trichoscan technique.

Researchers concluded this study by stating:

In this prospective, double-blind, randomized, placebo-controlled observational study, topical treatment of volunteers with moderate-level androgenetic alopecia with a 2% CT solution increased the total number of terminal scalp hairs/cm2 and the anagen/telogen ratio after 6 months of treatment. This small pilot study, evidently, requires repetition with a much larger number of volunteers and a prolonged observational period.

These findings were complementary to the study done in the same year that analyzed the efficacy of topical carnitine in vitro (non-living organisms), which stated:

Our findings suggest that l-carnitine stimulates human scalp hair growth by upregulation of proliferation and downregulation of apoptosis in follicular keratinocytes in vitro. They further encourage one to explore topical and nutraceutical administration of l-carnitine as a well-tolerated, relatively safe adjuvant treatment in the management of androgenetic alopecia and other forms of hair loss.

One of the main reasons androgenetic alopecia happens is the high levels of Dihydrotestosterone (DHT), which induces apoptosis of the follicle cells in the scalp.

Topical carnitine promotes hair growth by downregulating this process via intracellular signalling pathways. Moreover, CT can promote cellular proliferation to reverse the damage caused by DHT in patients with AA. 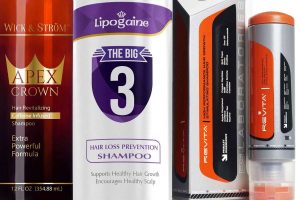 Topical carnitine has shown great potential in reversing the hair loss caused by androgenetic alopecia; however, further investigation is needed to evaluate the efficacy of this substance on a large-scale group of participants, as well as establish the possible adverse effects from using this drug.

Nevertheless, this is still great news for patients with AA since it gives them a chance for a new, potential therapeutic modality.